As the former Program Manager for HUD’s Physical Inspection Program, Dick led HUD’s efforts to inspect subsidized housing to ensure decent, safe and sanitary housing for over 4 million families, 44,000 multifamily and public housing properties. He stood up the physical inspection production operations in less than 16 months. Under his direction, HUD was able to carry out a national building inspection program through a standardized inspection protocol and implementation of an internet-based, paperless inspection process. Due to his leadership, over 86,000 inspections were completed in under three years.

Prior to his service at HUD, Dick designed and implemented Navy-wide aircraft manufacturing and repair procedures. As a recognized forensics expert in failure analyses, he directed the Navy’s aircraft mishap investigation program in Jacksonville, Florida.

Before working with the Navy, Dick was part of the Launch Vehicle Operations team at the Kennedy Space Center in Florida.  As an engineering technician, he was part of the Apollo Program team that participated in the Apollo 11 launch, putting the first man on the moon.

Dick retired from Federal Service in January 2010 with 42 years of Federal service. In July of 2011, through his leadership, HUD - Office of Public and Indian Housing was recognized as a world leader in green development and sustainability. The Department received the Alliance to Save Energy – 2009 Galaxy Star Award of Energy Efficiency; Environmental Protection Agency 2009 Energy Star Award- Special Recognition; and, the U.S. Department of Energy’s 2008 Presidential Federal Energy Management Award. Dick received the Association of Energy Engineers 2009 Leadership in Federal Energy Management Award. He was also recognized by the National Society of Professional Engineers as a “2009 Professional Engineer” Agency Winner. In December, Dick was recognized by the Partnership for Public Service and featured in the Washington Post’s Federal Page as a Federal Player for his energy initiatives in Public Housing. In January 2016, Dick was recognized by the Department of Housing and Urban Development during HUD’s 50th Anniversary as an industry leader and change agent - HUD 50 distinguished public servants.

​Mari Barr Santangelo is Vice President of Apollo Engineering Solutions.
A retired senior executive from the Department of Justice, Mari was
responsible for the management of nation-wide security and emergency
planning to include physical and cyber security and classified documents;
all facets of human resources; diversity management and equal
employment opportunity; facilities; the Nation’s law library; and,
newsletter production. Her top skills include teaching and modeling
effective communication, ensuring positive and profitable customer
service, facilitating large groups, workshops and meetings and
​executive coaching. 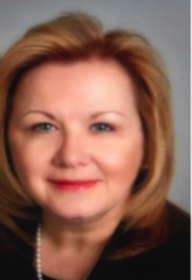 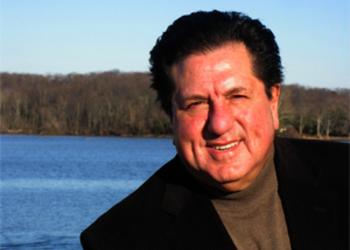